Information reaching Kossyderrickent has it that the names of the killers of the 12-year-old boy, who attended Dowen college, have been revealed. (Read More Here). 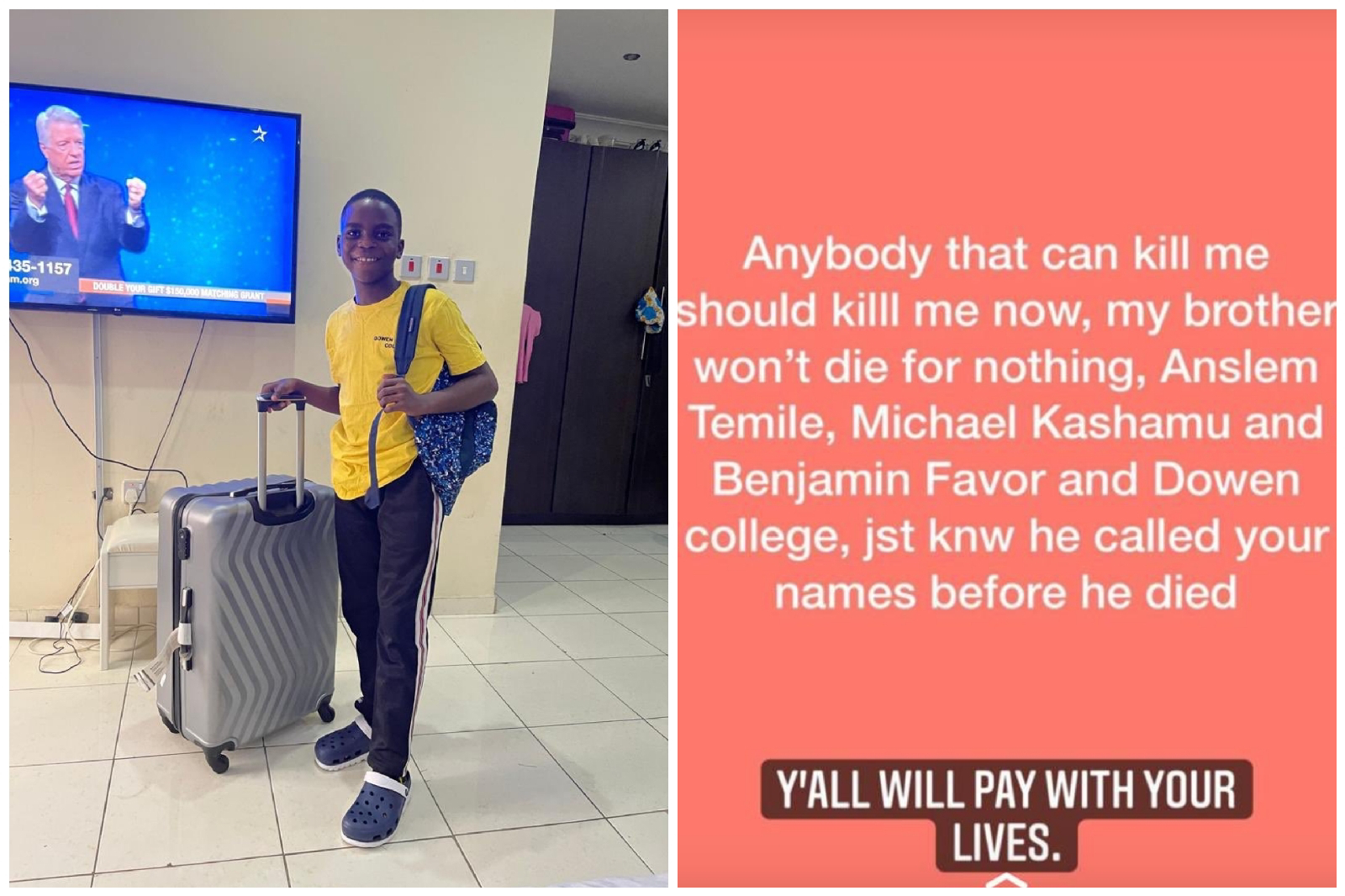 Recall that yesterday, Perrison Oronomi, took to his Twitter page to call out Dowen college after his cousin was reportedly beaten to death in school.
Dowen College is a day and boarding school located at Lekki phase one, Lagos state. After the call out, Dowen College rushed to Instagram to turn off its comment sections.
While replying to concerned Nigerians, Perri, says that Dowen College management called his uncle and informed him that his son has been rushed to the hospital after sustaining injuries while playing football.
His uncle got to the hospital and the deceased opened up that he got beaten over refusal to join a secret cult. Before he died, he mentioned the names of his killers and they are: Anslem Temile, Michael Kashamu, Benjamin Favour and Dowen College.
Perrie wrote: “They called my uncle that he got injured playing football. Reaching the hospital it was confirmed that he was being bullied and beaten up causing internal damages.
“Yes o. They tried to put him in cult, he refused and they killed him. Secondary school o.”
Perrie wrote again: “Anybody that can kill me, should kill me now. My brother won’t die for nothing. Anslem Temile, Michael Kashamu, Benjamin Favour and Dowen College
Just know he called your names before he died.” 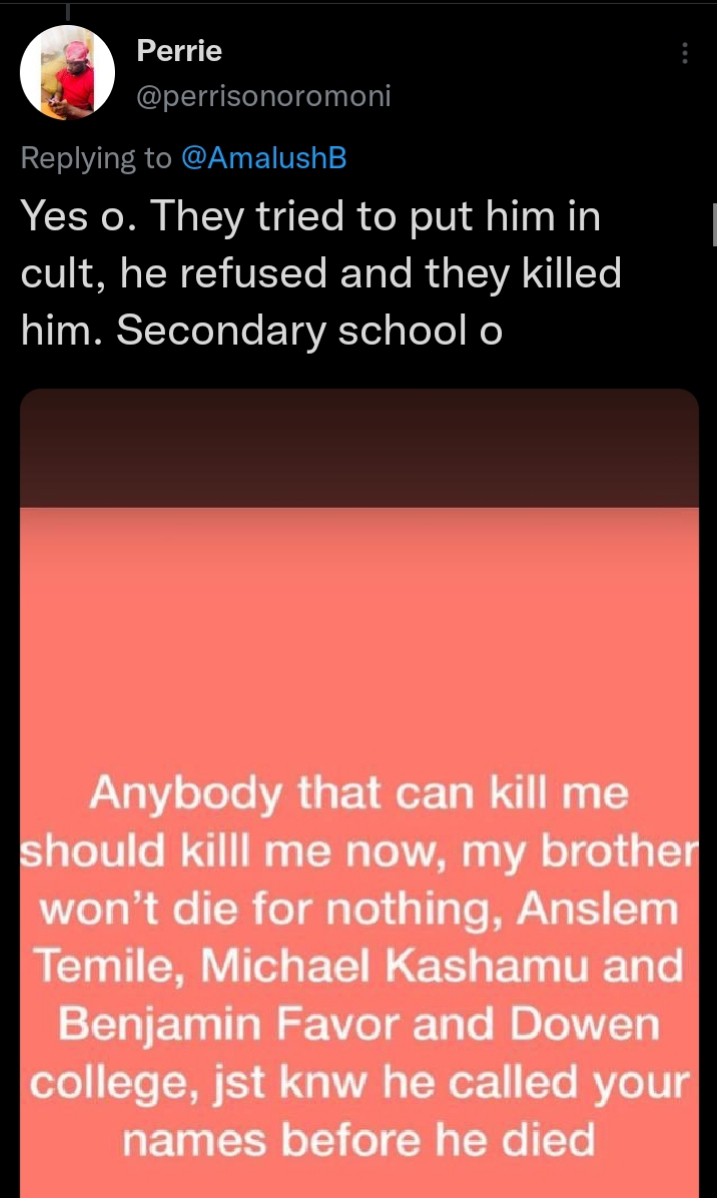